I was born in May 1965, and this endeavor to visit each major body in the solar system has happened during the course of my life. This is a period of exploration akin to the voyages of Columbus and Magellan spanning a comparable period of 30 years. History will remember these first voyages to the planets of our solar system forever, and we were here to see it!

As noted in the documentary “Sputnik”, on the first satellite: One of the Russian scientists wrote at the time: “We are about to create a new planet that we will call Sputnik. In the olden days, explorers like Vasco da Gama and Columbus had the good fortune to open up the terrestrial globe. Now we have the good fortune to open up space. And it is for those in the future to envy us our joy.”

And it is for those in the future to envy us our joy! 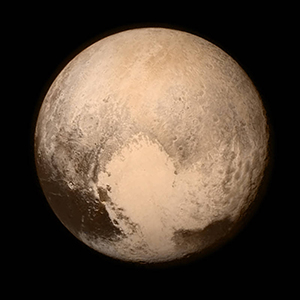 New Horizons sends back the first photos of Pluto

← Inferences about Life in the Universe
Propulsion-less Space Travel →